Another six-pack of cereal puzzles, but instead of General Mills cereals this time we have Kellogg’s. It’s been quite a while since I did the first set (by White Mountain), and although last time each little puzzle got it’s own post I don’t think it’ll be that way this time around. There are way too many puzzles in the queue to add 6 more all at once!

As far as I know this is my first Spin Master puzzle, and the quality was impressive. The pieces were on the thinner side, but not too much so; excellent reproduction, good fit, and nice variety of shapes too. The pieces are on the larger side, and each finished puzzle was approximately 9 x 13 inches – pretty big for only 100 pieces. All around they are a good quality set of puzzles, and were extremely fun to put together.

Ready for some cereal memories and critiques?

These used to be called Sugar Smacks when I was young, but nowadays we wouldn’t want anyone to think we’re feeding our little ones anything less than healthy. Changing the name but keeping the food inside the same doesn’t do much if you ask me. Oh well. Corporations. Whatchya gonna do?

I don’t recall ever having these, they never really appealed to me or my sisters; or maybe we did have them and I’m just too old to remember things accurately. 🤔

Here’s another one that I never cared for. Fruity and chocolatey cereals weren’t my thing as a child – and they still aren’t.

Ah, my old friend Toucan Sam; I enjoyed his commercials very much, but not his cereal. Again, not a fan of the fruity tastes. They all tasted the same to me – boring.

Now we’re getting to the good stuff if you ask me. Of the six cereals in this pack, this is really the only one I actually liked. It’s like Corn Flakes, but without the hassle of having to transfer the sugar bowl into cereal bowl to make it palatable. Every once in a while I get a craving for these and buy myself a box, but that doesn’t happen very often, and usually before the box is gone I’ve become bored with them.

Corn Pops were ok, in a pinch – they were sweeter than Kix, and the texture was slightly less like cardboard; but overall I’d rather have almost anything else (except Grape Nuts). If memory serves they were just puffs of squeaky cereal without much flavor. No thank you.

Rice Krispies are BORING as a cereal in my humble opinion, but excellent for making tasty treats with melted marshmallows and a little butter.

These little puzzles were lots of fun, and if you’re in the mood for some sweetened cereals without all the calories I can definitely recommend this pack of puzzles. 🥣

And tomorrow is the announcement of the winner of the Happy New Year Puzzle Giveaway – if you haven’t entered yet this is your last chance! 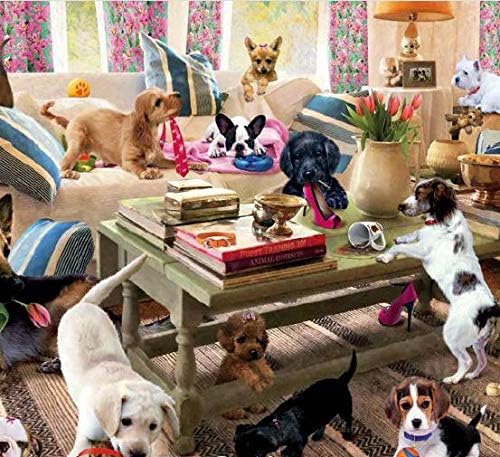