This puzzle went together way too fast, it was too entertaining to only be a 300 piece puzzle – it needs to be at least 1000 pieces, because the fun was over way too quickly for my taste.

It was a good quality Buffalo puzzle, the only fault was that there was one very bent piece. It happens. Otherwise the fit was excellent, the reproduction was lovely, it had a good variety of piece shapes – just a very nice quality puzzle to work with.

Of the twenty influential women in this image, I knew 17 of them. Instead of picking my favorite women, or my favorite depiction of the women – I chose the three whose names and stories I didn’t know to highlight here. Maybe some of you don’t know about them either.

Sit up and pay attention class, we’re going to learn about three influential women today. And if you’re already familiar with them – look at the pretty pictures. 😉

Ada Lovelace. I’m ashamed that I didn’t know about her, why do they not teach things like this in school? I think math would have been more interesting to me in high school if I had known about this lady, she was amazing! She was the daughter of the famed poet Lord Byron, her full name was Augusta Ada (Byron) King, Countess of Lovelace. But way more important than her being the daughter of a famous dude and marrying the Earl of Lovelace, she was awesome all by herself. She was a gifted mathematician from a very early age, and envisioned the world’s first computer and how it would work – called the Analytical Engine. She is considered the first computer programmer, as she wrote a “program” for her concept, and also introduced many other computer concepts. Oh, did I mention she was born in 1815 and died in 1852? She wrote what is considered the first computer program in 1842!

Jeanne Baret was the first woman to completely circumnavigate the globe, of course she had to be disguised as a man to do it. She was, according to some accounts, an expert botantist; and so she joined the crew of the Bougainville expedition. She collected specimens of plants, one of which was a flowering vine that ended up being named after the expedition’s leader – bougainvillea. Even though she was disguised as a man in order to be able to work on the ship, she was found out. But once she had completed her world trip she was granted a yearly pension from the Ministry of Marine to be drawn from the fund for invalid servicemen. She was a badass woman in my book.

Annie Edson Taylor, nicknamed The Queen of the Mist, was a schoolteacher turned daredevil. On her 63rd birthday, in 1901, she was the first person to go over Niagra Falls in a barrel – and survive. Can you imagine doing that at 63 years old? I’m feeling tired and sore just thinking about it.

She was quoted as saying she’d rather stand in front of a cannon knowing it would blow her to bits rather than go over the falls again. It seems as though she didn’t enjoy the ride, and I can’t say that I blame her.

There were so many women with great stories shown on this puzzle; from Joan of Arc to Ruth Bader Ginsburg to Bessie Coleman and Malala Yousafzai – I could list all of them because they’re all amazing, influential women in their own rights. I learned lots about these kickass women, in addition to having such a good time assembling the puzzle. It is highly recommended. 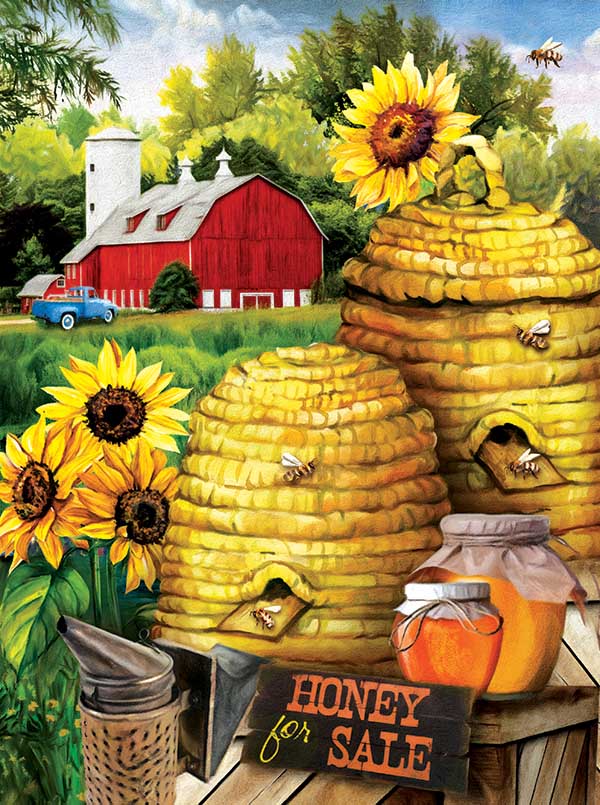