Ok, I know we just finished the freak shakes puzzles a few days ago, and I apologize for another set of these puzzles/posts so quickly – but this blog is about the puzzles I assemble, and this is the order in which they were completed. But, if you enjoyed my posts of Selfies and Unicorns last year, you may enjoy these too. These fabulous shoes and purses with kittens inside them are just begging for backstories, aren’t they?

Trying to ease myself back into puzzling I decided that even though I’d just finished freak shakes a few puzzles ago that a set of these smaller, shaped puzzles would easier for me than a 500 piece puzzle that was all one image.

These sets make me unbelievably happy and for that I do not apologize. There are still three sets here that have yet to be assembled – and four more on the way – but I’m going to try to space them out a little better. (I have a Christmas Town set with 12 buildings covered in snow and holiday decorations that you’ll be seeing in the next month or so ⛪❄)

I love this boot! The color isn’t one I’d choose, but it was pretty darn fun to assemble. These small kitten puzzles are nice because there isn’t too much fur in each one to make it so challenging.

This is Beatrice, and she’s quite shy and introverted but fiercely independent and headstrong. She’d rather be creating her own artwork or curling up with a good manga graphic novel than hanging out with friends. She hopes to attend the Cat-ifornia Institute of the Arts once she graduates, and looks forward to owning and running her own gallery one day.

Not as big a fan of this purse, but love that the kitty seems to be wearing a boa – that tells me plenty about her personality!

This is Francesca, she is a big fan of mirrors and all pictures ever taken of herself. She loves spending daddy’s money, and hearing all about how pretty others think she is. She has no actual life skills, almost no common sense, and no plans for the future – other than becoming homecoming queen her senior year. She is a vapid twit.

Love a platform shoe (to look at, not to walk in), but this one isn’t really my jam. Neither are the kitties to be honest, but I must admit that they’re cute. 😸

This is Steve, he’s a drag queen and loves a super tall heel. He looks young, but it’s just good genes. When he’s not working at his nightclub he’s at home with the family playing in the sandbox and refurbishing their fixer-upper home. He’s funny, faithful, and fabulous. I love Steve. 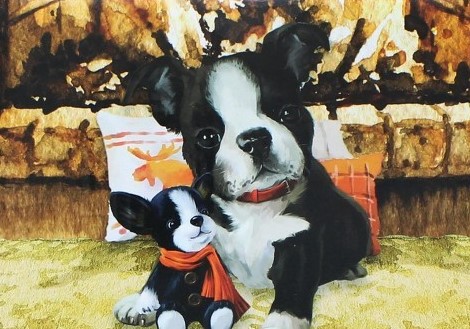