Such an adorable puzzle! It’s also an image with hidden animals, some you can see in the image as it is, and some you can only see when you look at the glow in the dark image. Most of the glow was no longer visible, even after sitting it outside in the sun for about 20 minutes there was almost no glow at all. It doesn’t really matter though, it was still a cute puzzle that was entertaining to assemble.

The quality was quite good, it had an offset grid cut and pieces that were a good thickness and fit together very well. It was a bit shiny, but the image reproduction was otherwise very good. I had a great time with the assembly. 🙂

I started with the easiest pieces to find, and the gorgeous puppy. 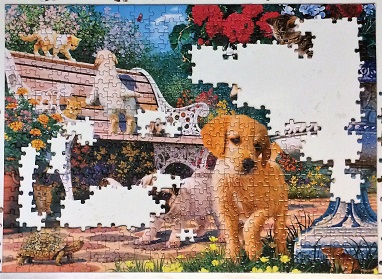 I’m getting close to the end here, and it was a bit more difficult than I’d assumed. Difficult doesn’t mean it wasn’t enjoyable though, I like having to concentrate and focus all my attention; it’s part of what’s great about puzzling for me. It turns off my brain to almost all other thoughts and I’m only thinking about shapes and colors and what goes where. It’s almost like meditation.

The pug’s face was almost the last thing I assembled, but look how cute it is! Can you see the hidden kitty in his fur?

8 thoughts on “Afternoon at the Park” 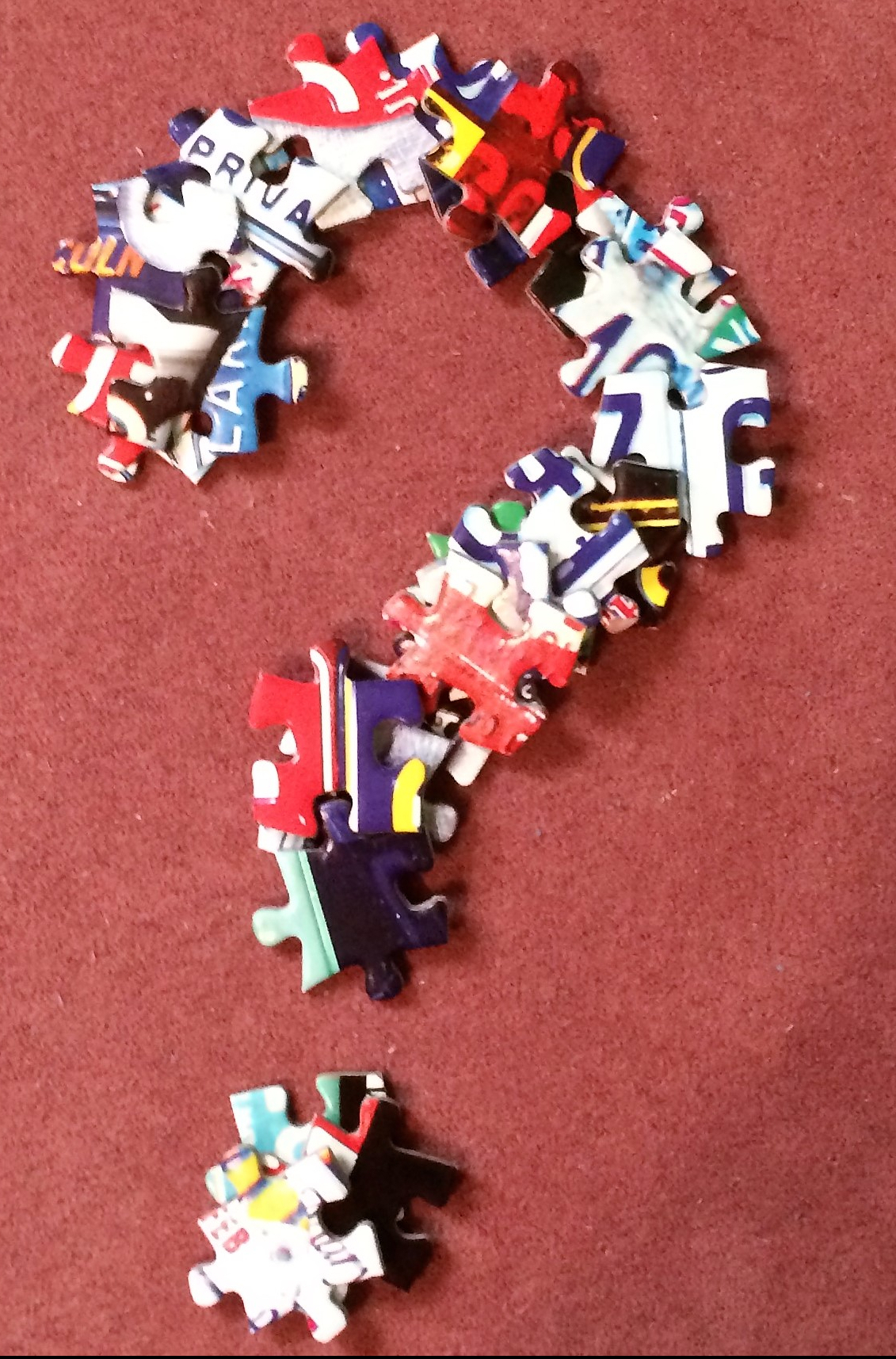